Siri’s not that smart.

Don’t get my wrong, I really like Siri and use her frequently for dictation, timers and simple tasks like playing music and opening apps. But when it comes to knowledge, she’s just not all there.

This is an area that Apple really needs to work on. Perhaps considering IBM’s current stock performance, there’s an opportunity for Apple to acquire Watson from them.. (Apple has more cash in the bank than IBM’s market cap currently). 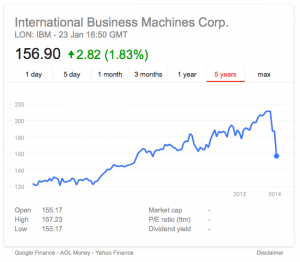 Google is winning the knowledge race by a mile and Apple won’t catch up organically, they’ll need to acquire.

Apple’s Siri can automate some commands and take dictation, but Google knows stuff. It knows about documents, websites, people, places, and events. Google hasn’t been just a search engine for some time… it is now an AI.

Here’s a comparison of what I mean. Let’s ask both Siri and Google some general knowledge questions. 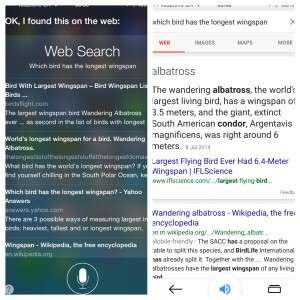 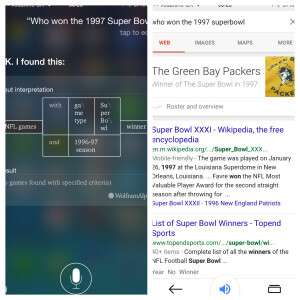 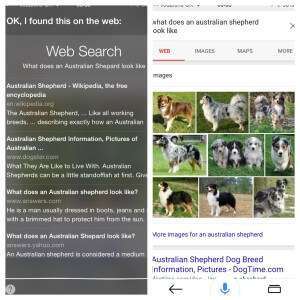 As you can see, Siri’s default answer seems to be “look it up yourself”.

But you can still access all this Google knowledge from your iOS device (iPhone or iPad) using Siri and her voice recognition. All you need to do is to ask Siri.. to load Google:

Once you have the Google app open and you have given it permission to use your phone’s microphone, then you should be able to simply say… “OK, Google” and then ask a question.

Google will read information that it has in it’s “knowedge graph” or a summary from the first site that returns from its search index. Siri just shows you a list of pages that it thinks will be relevant.

So if you want a smarter Siri, remember: