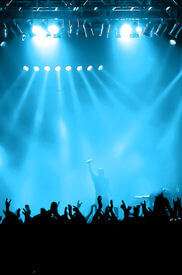 Let’s call it the Steve Jobs effect – the visionary and charismatic CEO of Apple.  People want to work for him.  Media want to talk to him.  Shareholders invest in him – Apple’s stock price fluctuated on whether or not he is ill or if he is going to present the new products or not.  But ultimately, people admire and trust him.   Faceless corporations rarely achieve that level of identity and trust as those with a celebrity CEO at the helm.

This seems to be the standard operating procedure now with tech companies.  Its not just about the products, in the world of social media – you need to be able to put a face to that name.  Zuckerberg and Facebook vs MySpace.  Michael Dell / Dell vs HP.  Richard Branson / Virgin {fill in the blank} vs most of its competitors.

The interesting thing to me, is that Google seem to think that they need one too.  From all accounts, they have been doing pretty well since their IPO in 2004 under Eric Schmidt (see share price chart below).  They have stuttered a bit over the past couple of years with investors in terms of share price. But recently, Google has really fallen behind both Facebook and Apple – both of which have a rock star.  So they have decided to push out co-founder Larry Page to even things up a bit.

I don’t know enough about Larry Page – but he obviously has vision and he is well liked and respected by Google employees.  But will he inspire?  Can he hold an audience?  From the video below, he seems a bit more like Bill Gates than Steve Jobs – but perhaps he will get smoother with time (let’s hope).

Speaking of Bill Gates – let’s look at the effect that losing your rock star CEO had on share price on a company such as Microsoft (chart below).

You can see (red arrow) the point when Bill Gates stepped down and handed over CEO responsibilities to Steve Ballmer.

Google has always tried to be the yin to Microsoft’s yang and so the next five years will be fascinating.  Does Google sense a plateau in the growth approaching under an effective and efficient manager such as Eric Schmidt (a la Steve Ballmer)?  And so do they feel that bringing in someone like Larry Page (a la Bill Gates) one tactic that may prolong their growth phase?

I am sure that Larry Page is competent and will deliver for Google – as he always has.  But is he the face of Google that will inspire people (customers, parters, employees, and especially shareholders?) and build loyalty and trust beyond that which they could achieve without this approach?  Only time will tell.