It’s a beautiful late-spring morning and I’m writing this blog while sitting in my garden. And that’s the great thing about the iPad – it goes where you go, more easily than so many other devices.

Originally, when the iPad was first released – everyone said that it was purely for consumption; you won’t be used for producing anything. I think that view has changed now – especially with the iPad 3.

If you blog, there are a few app choices for you now. I wrote about DraftCraft a few months back, WordPress has its own app.. but the most highly rated seems to be Blogsy. In fact, I am writing this post in Blogsy now. 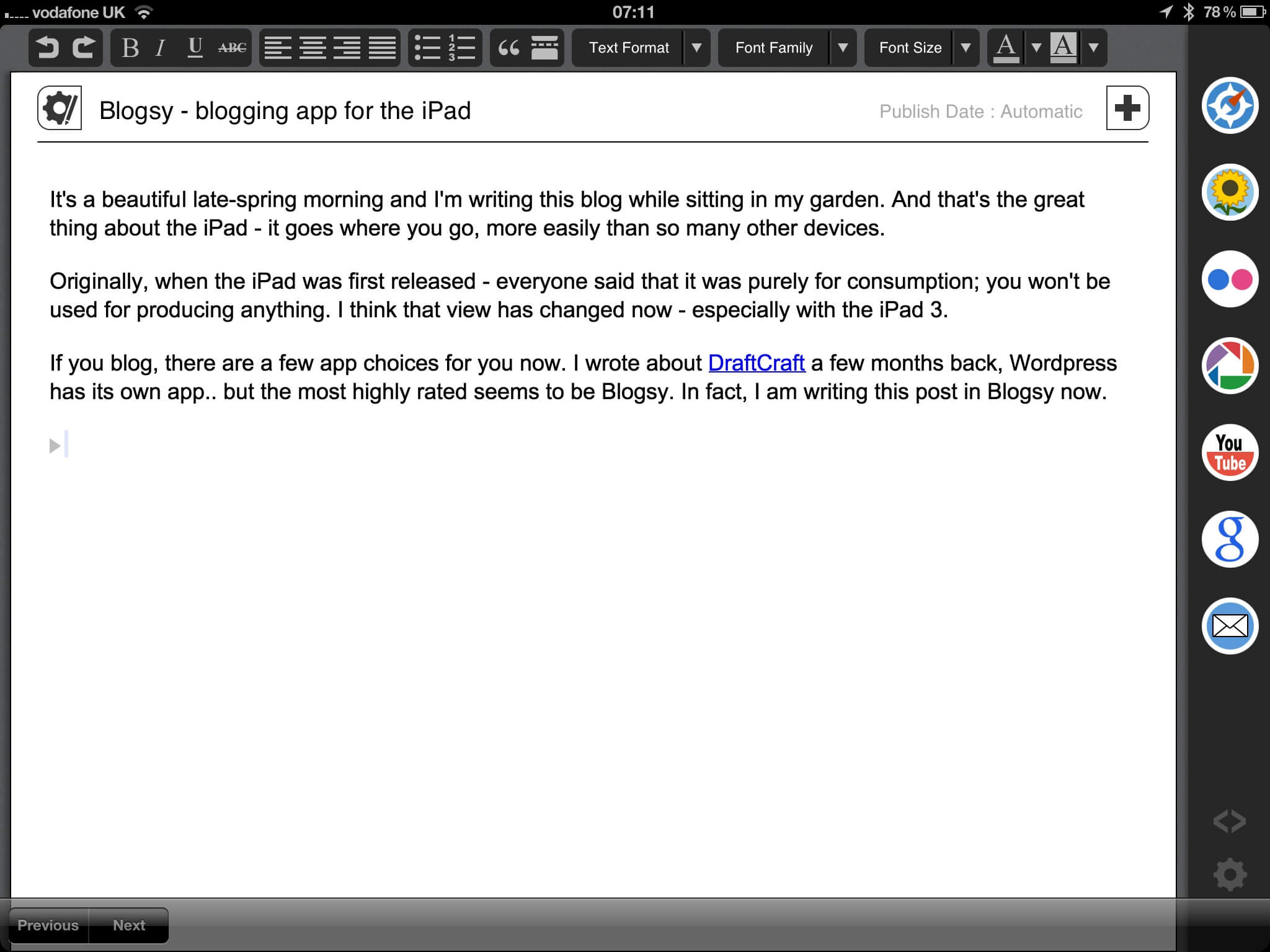 I’ve actually used a few times before to edit a few blogs.. and I never really liked it. The user interface is overly complicated and simply no “intuitive”. But – you will be hard pressed to find another app that is as feature rich and functional as Blogsy at the moment. The thing about user interfaces is – once you know how, “intuitive” matters less. And so if you don’t mind wasting a bit of time in the early days to figure out what you need, you will be rewarded. The app is really great – under the covers. 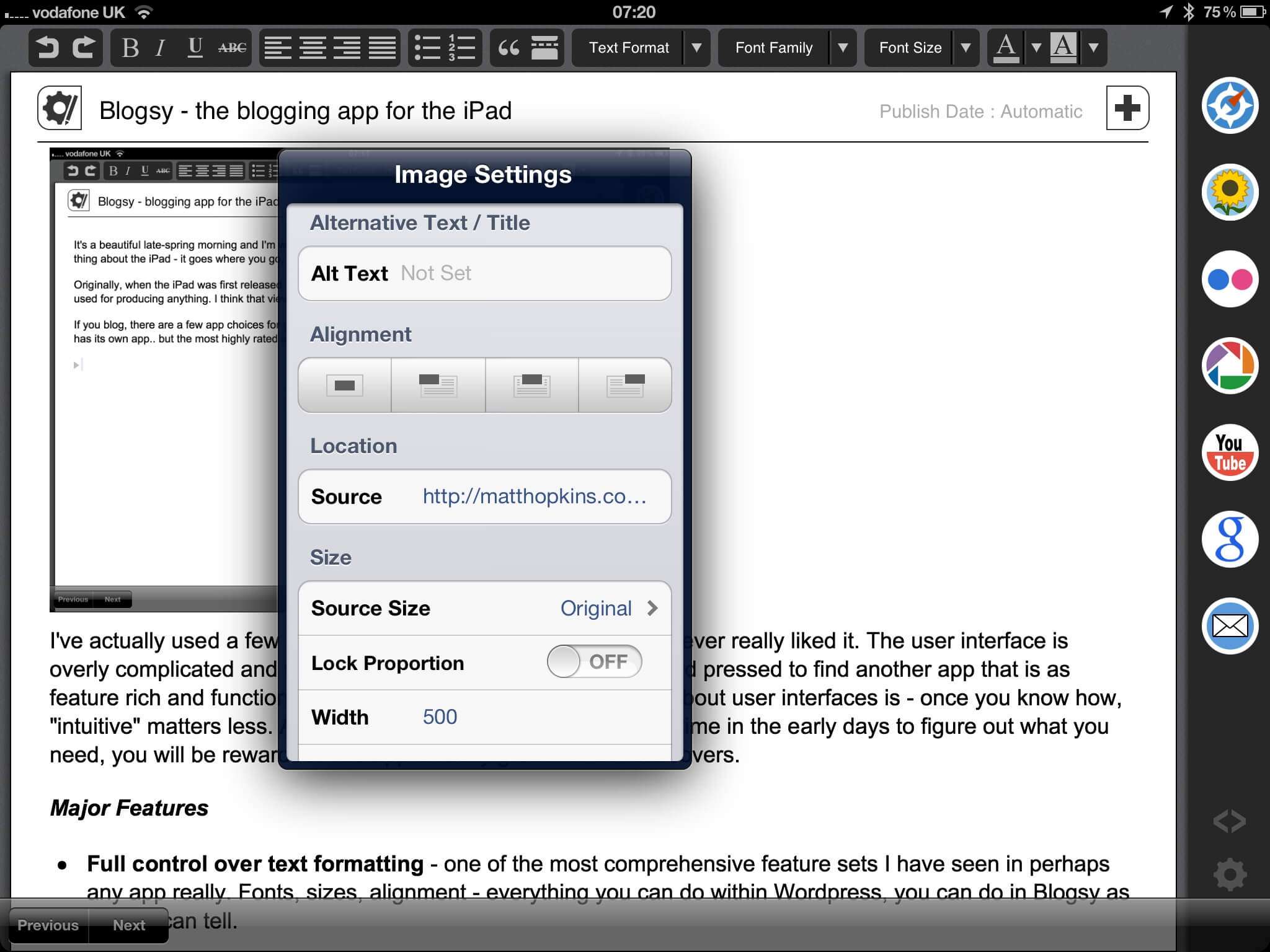 The user interface is clunky – sometimes awesome, sometimes terrible. There is a big “+” button at the top right of the screen. It is next to “Publish: Automatic”. To me, as the plus icon is next to this text, it seems like if I press it – I should be changing those parameters. So I press it.. and BAM my blog post disappears. I am actually starting a new post… the plus button is for “add a new blog”. So where is my existing post? I search everywhere… and can’t find it. Alas – if I click on the other “cog” icon and then click on “local”, I can see a list of my current posts. This is where major improvements can be made in my opinion – the developers really need a better way of communicating this list of current posts.. and the “+” button.  (And I don’t seem to be able to indent.. but perhaps I haven’t found it yet)

It’s great and getting better. There have been some major improvements made to the UI since I first downloaded this app some many months ago. Which says to me that the developers are listening to user feedback.

They are so close… this really is the best iPad app for blogging available today. You just need to get past the UI “hurdles”, but once you know what you need to do… you won’t look back. If you combine the iPad with the Apple bluetooth keyboard – you won’t need to write a blog on your deskop computer ever again – and that is pretty awesome.. especially as we are now heading properly into the summer.